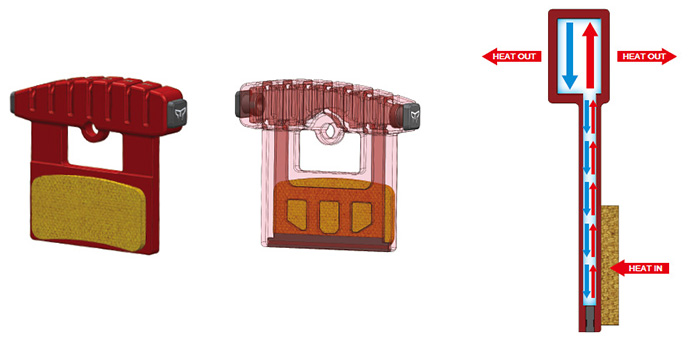 A Heat Pipe is a device that combines the principles of thermal conduction and phase transition. At the hot interface (brake pad friction material) liquid is heated by the thermally conductive aluminum pipe (backing) until it becomes a vapor. The vapor then travels along the pipe to the cooler interface (reservoir/radiator), located at the top of the backing, where it evaporates and becomes a liquid and by so doing releasing the latent heat. The liquid then returns, aided by gravity to the hot interface where the cycle is repeated.

Note the vapor pressure at the high temperature end is much higher than the liquid low pressure end resulting in rapid mass transfer. The molecular speed in a gas approaches the speed of sound which makes the heat transfer rates of heat pipes much higher than simply relying on thermal conduction alone. 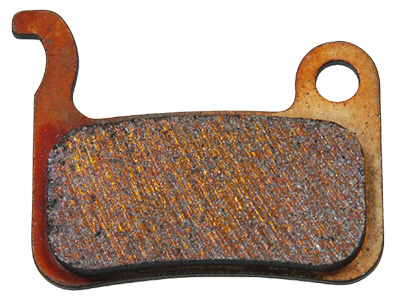 With very high metallic loading this compound has been formulated specifically for very frequent hard use in all environments, ideal for competitive cross country & down hill 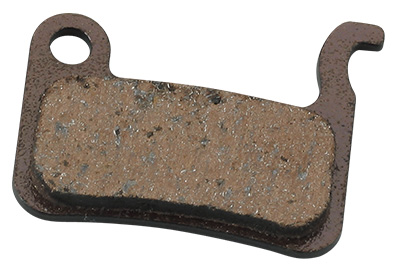 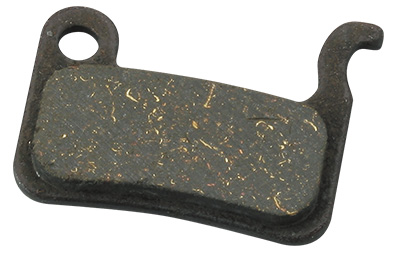